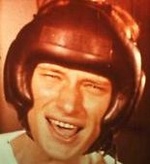 MACON, Ga. -- Little Richard's childhood home was renovated and unveiled to the public on Tuesday, his 85th birthday.
In 2003, when the Georgia Department of Transportation was planning its construction on the I-16 and I-75 corridor, a preservation group lobbied to relocate his home from the Pleasant Hill community instead of demolishing it.
It now sits at 416 Craft St. and will be used as a community resource center.
Representative James Beverly led the ceremony Tuesday where the public could walk through the home and see its renovations.
Mayor Robert Reichert proclaimed the day as Little Richard Day. Little Richard himself even spoke to the crowd over the phone, saying that he loves Macon and still calls it his hometown.
Several people who grew up in the Pleasant Hill community reminisced about their fond memories and Macon's music scene.
"Any place you go: New York, California, Jamaica, anyplace you tell them you're from Macon, Georgia and they'll say you're from Little Richard's hometown," said Loretto Grier Cudjoe Smith.
Smith said big named artists like Little Richard, Otis Redding and the Allman Brothers Band bring a lot to Macon.
"It feels good to know you have the same foundation, you come from the same soil that these great people have arisen from," Smith said.
Visit Macon President Gary Wheat said Macon brings in people from all over the world.
"There's so much history there for music in Macon, and we have thousands of people that come and take advantage of that each and every year," Wheat said.
In 2016, music tourism helped bring in about $364 million in tourism spending in Macon-Bibb County, according to Visit Macon.